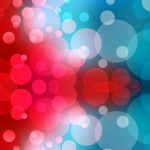 Chicago native Michael Fosberg has spoken at nearly a thousand high schools, colleges, government agencies, corporations and not-for-profits since 2001, utilizing his award winning autobiographical story as an entry point for meaningful dialogues on race and identity. He has collaborated with a number of professional diversity practitioners on programs to foster deeper dialogue in corporate settings and at educational institutions. His work with groups such as; The Boeing Company, United Way Worldwide, PNC Financial Services, Proctor & Gamble, Harvard College, The U.S. Dept. of the Treasury, and The Immigration and Customs Enforcement Agency is reshaping the way organizations talk about race, identity and diversity.

Michael has been a frequent guest in the media speaking on these issues, and he is currently waiting on publication of his latest book, Nobody Wants to Talk About It; Race, Identity and the Difficulties in Forging Meaningful Conversations.

His memoir, Incognito, An American Odyssey of Race and Self-Discovery was published in 2011 and is in its third edition.

Chicago, Illinois
312-563-1326
michael@incognitotheplay.com
Get Directions
Warning: count(): Parameter must be an array or an object that implements Countable in /home/customer/www/edispeakers.ala.org/public_html/wp-content/themes/listify/inc/integrations/wp-job-manager/widgets/class-widget-job_listing-gallery.php on line 46